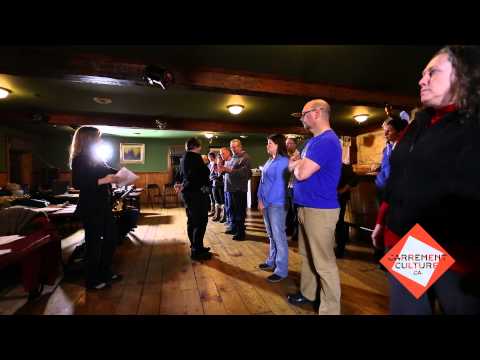 In 1984, British-born actress, Emma Stevens formed the “Brome Lake Amateurs” a community theatrical group aimed at filling a cultural void in the Eastern Townships. The three one-act plays that were produced that season were met with great success and the enthusiastic group continued performing for the next three years in the Oddfellows’ Hall, the Lakeview Hotel, Knowlton Academy, Glen Mountain and in tents at the Lions’ Club Park. When the Theatre Lac Brome was built in 1988 to house the summer professional theatre season under the direction of Emma Stevens, the amateur company continued to present plays during the winter season under the direction of Emma and Danny McAuley. In 1990, the Brome Lake Amateurs registered themselves as a non-profit organization under the name of The Knowlton Players.
​
Now in its fourth decade, Knowlton Players continues to present numerous productions through the year as well as maintain a leading role in the community. Through scholarships, bursaries and charitable donations, Knowlton Players has donated more than $100 000 over the years and shows no signs of stopping.