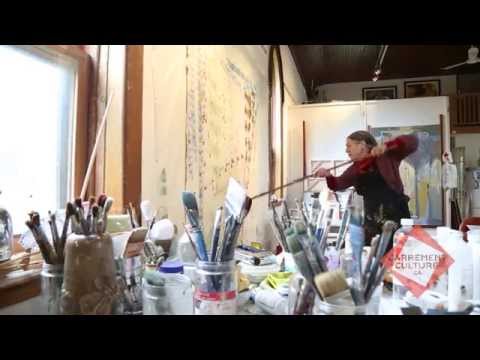 Bernice Lutfie Sorge is a painter native of Nova Scotia, who has lived, worked, studied and travelled in many parts of Canada and in other parts of the world, including Mexico, Central and South America and Europe. Sorge settled in the Eastern Townships of Québec in the 1970′s and in 1987 bought an old abandoned church, one of her “objet trouvé”. It has been her art studio for the last 25 years.

Sorge has participated in more than forty exhibitions including solo and group shows. She has exhibited in both national and international exhibitions in the last five years, including Paris, Tokyo and New York City, having received several grants to support her work.

Documentation of Sorge’s work can be seen in over 20 catalogues, and newspapers, including The New York Times.