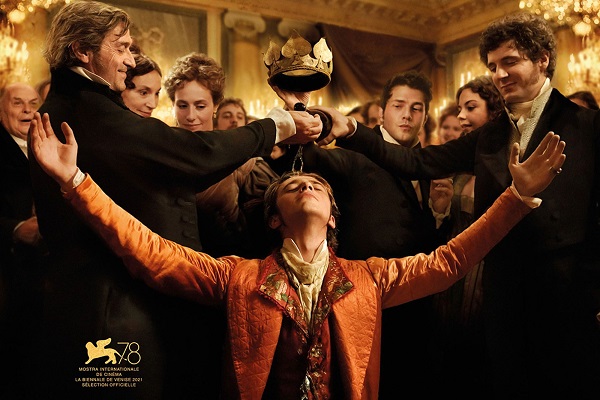 A lavish adaptation of Balzac’s novel of the same name, the film boasts a dazzling cast, including director and actor Xavier Dolan. Presented in official competition at the 78th Venice Film Festival and at several other festivals, it also earned eight nominations and won seven awards at the 2022 César Awards, including the César for Best French Film of the Year. The themes addressed in this chronicle of the literary, artistic and journalistic world of 19th-century Paris continue to resonate today.

Set in 19th-century France, the film tells the story of Lucien, a young, unknown poet. Ambitious and seeking to forge a destiny for himself, he leaves the family printing shop in his native region to try his luck in Paris, accompanied by a woman who becomes his patron. Soon left to his own devices in the magnificent city, Lucien discovers a behind-the-scene world dedicated to the law of profit and deceit.