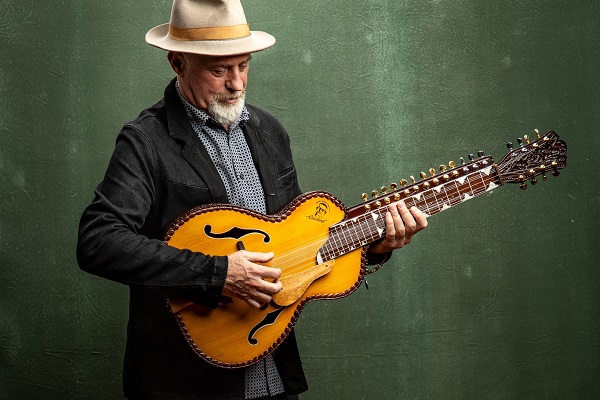 The artist is thus described as the “essential link” between Eastern and Western music, creating musical stories that combine the blues tradition with the depth of classical Indian raga under the name “Mysticssippi.” With a rich discography, Harry Manx has toured extensively throughout the world. His reputation on stage opens the doors of prestigious international festivals and blues clubs among the most famous across the planet. A versatile instrumentalist who handles sitar, banjo and harmonica, and lap steel guitar with infectious joy, he transports his audience to the heart of the “Harry Zone.”