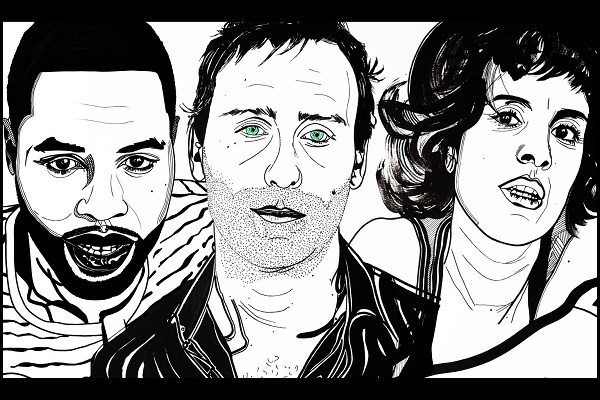 Québec writer Mélikah Abdelmoumen, of Saguenay origin on her mother’s side and Tunisian on her father’s, explores the deep friendship between William Styron and James Baldwin, two renowned American writers of the 20th century. Styron, a white descendant of slave owners, is best known for his novel Sophie’s Choice. Baldwin, a Black descendant of slaves, was famous for his anti-racist speeches and works. It was during a party in 1961, while staying at Styron’s guest house in Connecticut, that Baldwin convinced Styron to tell the story of Nat Turner’s slave rebellion in Virginia in 1831. Styron took up the challenge and eventually published The Confessions of Nat Turner, which won the 1968 Pulitzer Prize for fiction. In writing the Confessions, Styron was also accused of cultural appropriation, including in a book written by 10 African-American writers. Sixty years later, we find echoes of this debate in our own time. With Lyndz Dantiste, Émile Proulx-Cloutier and Elkahna Talbi.

- The audience will have a chance to meet the author and performers after the show.